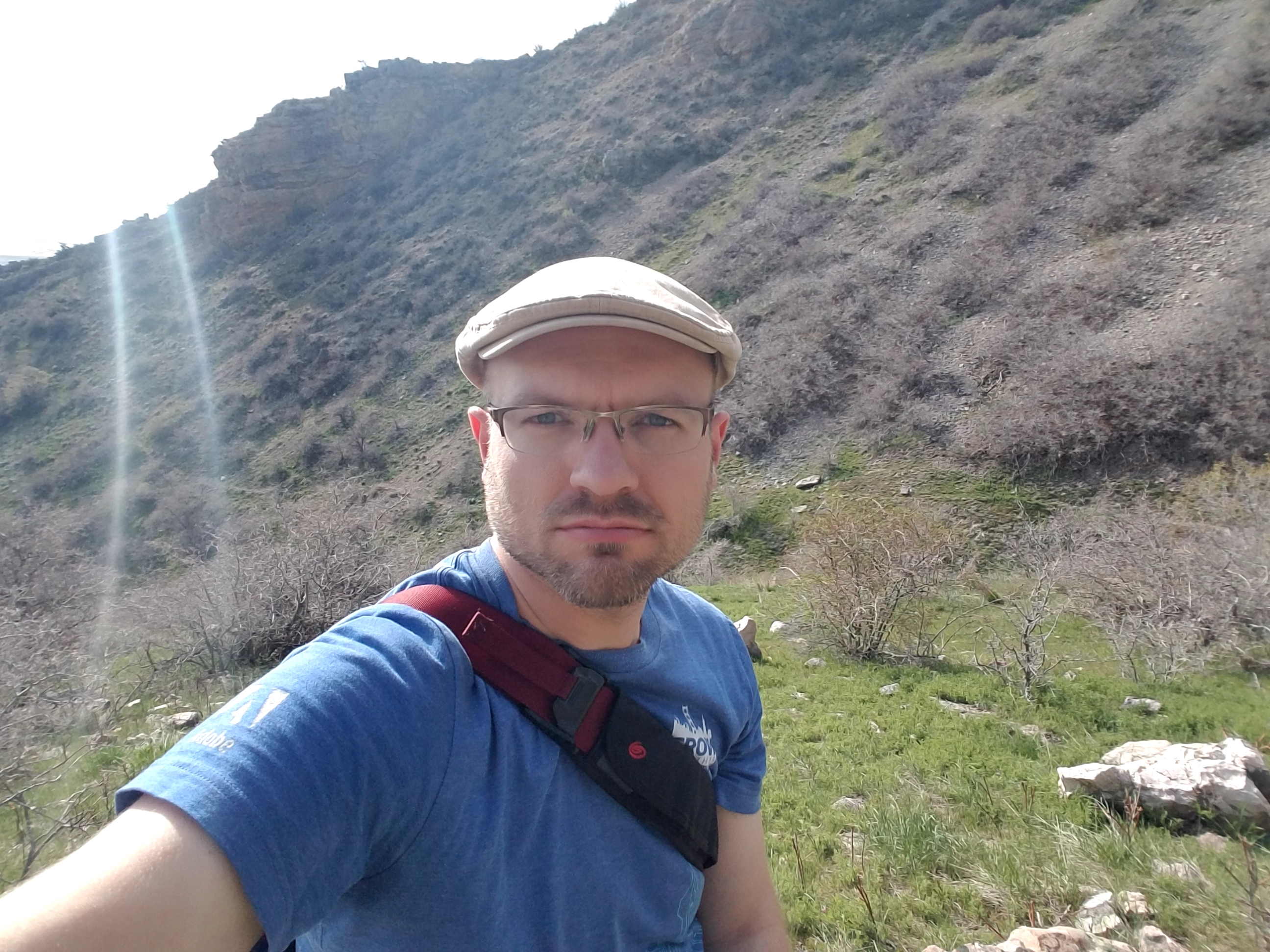 The dream I sought for years was that I would get past my doubts and finally come to know the truth, come to know that God loves me and that he’s an active part of our lives. But instead of closer to that dream I’m farther away than ever.

My dream was to be firmly ensconced in a loving community, accepted for my contributions, loved in spite of my faults. But I no longer feel I belong where I’d built my life for so long.

My dream was to be married to a woman I loved with all my heart, to be surrounded by children in a home filled with love. But I’m a failure at relationships. I don’t know how to be close to people. Anyone who tries eventual gets pushed away or put at a distance.

My dream was to build a better relationship with my father. But he’s been dead almost three years, and my mom even longer.

A lot of the time I’m fine. I can make life work with its ambiguities and disappointments. But ultimately the pain of these broken dreams comes to the fore and I find myself casting about for an anchor to hold on to.

I’m in one of those times right now. I’ll pull through it. The crisis will recede sooner or later. But still these tensions will remain. I don’t know the long-term answer. I don’t know how to really make life work as a hypersensitive guy who’s struggled all his life, struggled to find a foundation, struggled to stay connected to the people that love him. I don’t know how to finally resolve all the memories, all of the past that I carry around inside of me, the tragedies that still ache for me years removed, for which there is no answer but mourning.

But I suppose that is the answer. Mourning.

But maybe that’s not what tears are for. They don’t make anything right. But they help us to accept that there is injustice in the world. And they help us to let go of the wrong.

Anyway, this is the latest chapter in my life story. It’s not the story I set out to tell. But I guess that’s because I’m not the omniscient narrator: I’m really just a character. And I guess it’s taken 34 chapters for the character development to really come to a head. What will the next chapter bring? I guess we’ll all just have to keep reading.

He was backed into a corner. The Apache Kid’s tenure as sheriff had been a rocky one, to be sure, but it was only as three consecutive bullets ripped into his abdomen, flopping him on the ground against the back of the player piano (“Maple Leaf Rag” still playing), that he finally thought the end might be drawing near. The grave digger chuckled as he blew the smoke from the long end of his Remington rifle. “Looks like you’re at the end o’ yer game, shurrrrrif,” he drawled.

The Kid watched as blood seeped into his shirt, spreading warm and sticky under the star on his chest. No, this wasn’t okay, he thought. It wasn’t his time. He had to do something. With a lurch, he reached to the top of the piano and slowly—wheezingly, dizzily—he pulled himself up.

Some patrons had left a few mugs of beer on top of the piano in their hurry to escape the gunfight. The sheriff grabbed one of these with a shaky hand and chugged it, half expecting to see streams of the amber fluid leaking out of the bullet holes in his belly. But instead his vision cleared, and his mind, too. He grabbed another mug and gulped it down, then another, each one revitalizing, rejuvenating. As he drained the last one, he flung the mug down to shatter on the floor right where the grave digger stood.

“It’s time to settle this,” the sheriff said steadily, and he lunged at the other man, fist in the air, and sunk his weathered knuckles square in the grave digger’s nose. The man staggered back, stunned.

“Ya know yer outnumbered, sheriff. We got ten times as many on my side of the law than on yor’n, and most o’ them are on their way here right now.”

The Kid pulled out his revolver, spun the magazine, and cocked the hammer, pointing it at the grave digger. For a moment he hesitated, unsure of the justice of the action. But the town was in utter chaos, a deputy dead and an outlaw killed, too. “Yeah, I know. But I ain’t gonna jus’ roll over ‘n’ die without a fight.” So he pulled the trigger.

The bullet’s impact shoved the grave digger jarringly back a few feet, making a loud bwang sound like a gong. To the sheriff’s surprise, the grave digger not only stayed on his feet, he started reloading his Remington. “Never leave home without an iron plate under yer shirt, ‘s what I always say,” the old man said.

The sheriff fired again, but this time the grave digger dodged the shot with unexpected speed and returned fire, pumping four bullets into the sheriff’s lead-riddled body. The sheriff grabbed a tequila from a nearby table and practically flung it down his own throat, but the grave digger shot him again, negating the effect of the burning alcohol.

“You can’t last forever, sheriff,” the grave digger mocked. “One more shot and yer dead!” The grave digger prepared to fire, the sheriff trembling with the fear of death.

“¡Ay ay, no lo mates, hombre!” came the voice of Pepito the diputado from out of nowhere. The little mexicano with the big sombrero leaped in front of the sheriff, and the grave digger’s bullet struck him in the shoulder, ricocheting off the bone. Pepito hardly seemed to notice, and he rushed at the grave digger, grabbing the man’s gun and throwing it behind the bar counter, then pummeling him with punch after punch. Soon the grave digger was on the ground, not even fighting back anymore.

At the entrance to the saloon, the swinging doors swung in and two ragged characters walked through. The tall one carried in a howitzer, and set it firing on all others in the room. The grave digger took a bullet, and he died where he lay on the floor. Somehow the big gun missed the sheriff, and its shot at Pepito simply whizzed through his sombrero, flinging it off his head. But the other man, the short one, rushed up to Pepito and stabbed him with a rusty puñal, and Pepito breathed his last.

The two newcomers turned towards the sheriff, the Apache Kid. The tall one was ready to unleash his howitzer on the doomed officer of the law. “It’s time for new management in this town, sheriff. You done a poor job an’ we citizens won’t stand for it.” He laughed triumphantly, but before he could fire his weapon the short man, standing behind him, tossed a lit stick of dynamite onto the floor in front of the sheriff.

“It’s just you and me now, sheriff,” the short man said unnecessarily. “I’m glad to see the other fool go,” he said, gesturing to the shattered glass window. “‘Cause I’m not like those other outlaws. I’m a solo operator and I report to nobody but me.”

That’s when the sheriff understood. “So you’re the renegade! I wondered who it was amidst all the chaos.” The short man nodded, glad to be recognized. “So what’re you gonna do now?” the sheriff asked.

The renegade stood there for a second as if trying to suppress some great burst of laughter, but he couldn’t do it. He laughed a loud and terrifying laugh that the sheriff hadn’t heard the likes of since he put the Finuccis in jail for running the salt mine gang. But before the short man knew it the sheriff had him Pepper-boxed, Springfielded, and Delengered, and with a punch to the face he laid the renegade out cold.

The sheriff breathed a sigh of relief, surveying the pile of bodies around him and the wreckage strewn through the saloon. Too bad they killed the gravedigger, he thought, ’cause there’s gonna be a lotta work to do. And the player piano still played “Maple Leaf Rag” as the sheriff sat down and poured himself one more drink.

Note: this story is based on the four rounds of a game titled “Bang!” that I played with my friends tonight. I was the renegade three times, but on the fourth round I was the sheriff’s deputy and my name was most definitely Pepito. In the game, all forms of alcohol have a rejuvenative effect, ironically.

White flakes of snow spun and swirled outside, while the dated heater raged like a jet engine within the apartment. The dishes from the potluck were washed and put away, and the echoes of friends and merriment had faded like the burning sweetness of a glass of eggnog. And he was alone.

The thought of being by himself on Christmas day had never really bothered him much. No, it wasn’t the lack of gifts and bustle, or of Bing Crosby and Bedford Falls, that troubled the man. It was something else, something as hard to pin down as why his ramen and pea soup hadn’t tasted right at dinner—adjusting for the fact that, after all, it was made from ramen and frozen peas.

He could have spent the day with his friend’s family. It would have been fun. But somehow the comforts of a quiet apartment and a cozy, worn old sofa held him in their thrall. He’d expected as much, ever since waking up at almost noon and eating his first meal at two or three o’clock. And it was alright, he thought, because, unlike most people, he thrived on aloneness.

His self-imposed hermitude contrasted strangely with Monday’s enthusiasm for home, family, and friends. The canceled flight hardly dimmed his spirits. After all, it was Christmas! He’d find a way home. But Tuesday at the bus station, with its seemingly-pointless delays and uncomfortably different clientèle, ground down his patience, and, gradually, the process of getting to Washington made him wish more and more that he could just stay in Utah to ride out the holidays in travel-free peace. Leaving behind an endless supply of free pizza (shocking, really), he fled the bus station and returned to Provo.

Yes, there had been a dinner that night, and friends to be with; and yes, the party on Wednesday (Christmas Eve) warmed his heart and filled his stomach; but the pendulum had already swung the other way, and on Christmas he found himself alone.

The snow had all but stopped now, drifting down to earth like a disappointment, and the heater finally fell silent, too. Watching the flakes fall in front of a cloudy, glowing night sky, he contemplated one more attempt to fly home tomorrow. He expected that when (or if) he finally got there, he’d snap out of it, want to be a person again. But he didn’t want to want to.

Oh, and, by the way, the celery seeds ruined the soup.

Note: This is mostly autobiographical. However, on Christmas night I did get to chat with some friends online and go over to Diane’s for a little while. The outcome of return attempt #3 is, of course, still pending, but I think I’ll probably feel a little more like being elsewhere once I’ve actually succeeded in getting there.